Where in the world are you located?
My names Devi-Air a.k.a Nappi I'm from Detroit Michigan
What was your favorite past time when you were young?
My favorite thing to do to past time as a child was writing poetry cause of all the household b.s. that went down, and dancing to Michael Jackson, he really influenced a lot of my music and style. 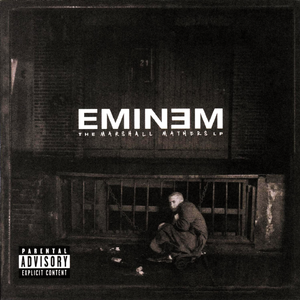 What was the very first CD you remember acquiring as a kid?
My very First CD I think was Eminem's Marshall Mathers LP. If I remember correctly, my stepdad gave me the Tape and said, "you like rap so much, check out this white boy." I don't remember how old I was though.
What was the first concert or performance you ever attended?
My first Performance was when I was 15, it was a dance routine at a library for a Youth Group called D.P.Y, (Devine Purpose Youth) my auntie started it to give Detroit kids a chance to believe in their dreams. First Concert was EDC Orlando, I was about 19 and was off Acid and Trees, it was the best experience I ever had ON GOD!
Was there a defining moment for you in your childhood that you feel impacted the way you operate in the world today?
Yeah, I've been through so much as a adolescent. No pops around, hardly food to eat, some nights no lights, some days no water or heat. Going through so much gave me motivation to strive for better. I see the world for what it is, a dark cruel place but at the same time as long as I stay positive I'll be all right.
At what age did you begin to take music seriously?
I began taking music seriously when I was in the 9th grade, so about 14. I used to write poems and raps all the time, IN EVERY CLASS! Some people would just hate and laugh cause I wrote rhymes that was much different from your average Detroit rapper. Shit was okay but I've improved a lot, plus my good Friend Adam would read all my shit and tell me that I was fire, he gave me the drive to keep going regardless of what people said. I went to a different school my sophomore year... Gotta phone call one day, it was my bro Rob he told me to look on fox 2. Adam died at 16, got shot in the back... So I never stopped writing and improving since that day. Honest to god.
If you had the chance to play one of your pieces to the ENTIRE world, what song would you choose?
I would have to say "Mama's Prayers." Its probably the realist song I've ever written, its from the heart and TRUE AS FUCK.
Where did you find the inspiration for this particular track and what is the meaning behind the song?
I wrote it after I graduated from High school. I was going through A LOT of b.s. from being homeless, my mom going to prison and starting a music group called Last Tribe, I had a lot on my plate. It was around this time I started to question my faith and began asking questions that most couldn't answer so I began to study day & night and put two n two together.
What do you think about the state of the music industry today and how would you like to see it change?
I think music today is more diverse and accepting, in a way. No lie I do believe some of these new artist are STRAIGHT TRASH, and don't appreciate what hip hop has done for the community; well at least the black community!
What is one issue in the world that you would like to see change in your lifetime?
I would like to see equality for all Races, genders, and anybody with any sexual differences. I believe that the world we live in is corrupted and controlled, but as long as we can see past the negativity and all the bullshit WE GONE BE iiiGHT!
What current projects are buzzing and what future projects do we have to look forward to from you?
I just dropped a E.P. on Soundcloud called The Forgotten

. Its dope and real, truly from the heart. I'm working on two mixtapes at the moment. 1. Epi$ode$

️ there both different and have there own unique sound. Nothing but FIRE!
Where can we find you on social media?
My I.G. is deviair_ & F.B. is Deveaire Williams (my actual name lol) & Soundcloud Devi-Air... I'm working on getting music on iTunes and Spotify, "patience young grasshopper!"
I don't use snapchat or twitter, just never really got into em.
Is there anything else you would like the world to know about you?
Ummm.... I just wanna say to anyone who has been doubted by those you love and care about or even some coworkers or bullies talking shit at school. TELL EM TO EAT A DICK, you create your own future your on path. Don't allow peoples judgement or your past hardships to slow you down THE SKiii is the Limit, nothing and no one can stop you, but you... PEACE, LOVE, AND FAMILY
#TRiiiBE
If you would like us to feature you on our website, order an artist spotlight here!