Where in the world are you located?
I am currently located in Dover, Delaware as an active duty Airman. I was born in Bradenton, Florida, but grew up in the Buffalo area of New York from the age of 5 until I was 20!
What was your favorite past time when you were young?
That's a hard one as I was all over the place in terms of hobbies haha. I did a lot of fourwheeling, a lot of shooting and a lot of rapping. Looking back though, I guess my favorite past time would just be simply kicking it with my friends and family.
What was the very first CD you remember acquiring as a kid? 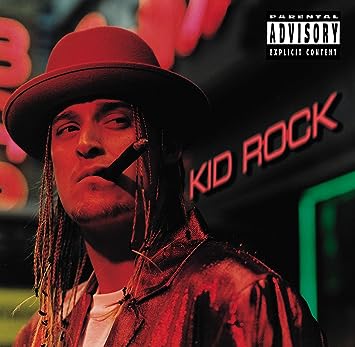 The first CD I remember having was "Devil Without A Cause" by Kid Rock. I found it in one of my mom's CD cases when I was like 7 or 8. The first CD I ever
purchased though, was The Eminem Show when I was 10 or 11.
What was the first concert or performance you ever attended?
It was actually a festival type setup, and I want to say it was in 2011. It was Wiz Khalifa, Big Sean, NAS, Damien Marley, and Tineh Tempah. This was right before Wiz dropped Rolling Papers. It's wild to see how far him and Big Sean
have come since then.
At what age did you begin to take music seriously?
I guess 21. I started rapping at 16 and thought I took it "serious" but I really wasn't, haha. So yeah, I want to say this past New Year's I had a revelation with my resolution. Fortunately, I've made some crazy moves in the last 4 or 5 months!
If you had the chance to play one of your pieces to the ENTIRE world, what song would you choose?
At this point in time, it would be my track "Warning" that I released in Feb. It's the first track I dropped this year and the first track off my upcoming mixtape "1996".
Where did you find the inspiration for this particular track and what is the meaning behind the song?
Honestly, I was just fed up with the "Mumble Rap" craze, when super dope artists like myself and so many others never get noticed because of the current trends. The meaning behind the song is basically stated in the title, it was my warning for not only mainstream artists but to all the local artists that I'm taking it seriously this year and that I can be a force to be reckoned with. I did Facebook videos for the past 6 years with a couple random "real recordings" thrown in. Not 2018, this year I'm going all in.
What do you think about the state of the music industry today and how would you like to see it change?
I think it's in a weird place. "Mumble Rap" and all this turn-up music seems to dominate the scene, yet truly talented artists like Chance, Kendrick, and Joey Bada$$ are still pulling millions of fans. I guess I'm fine with the current situation as I understand that the turn-up music has a place in society. Nobody wants to hear conscious rap at the club. I just wish the music that has meaning was a little more prevalent for the youth. Too many kids party way too much before setting themselves up for success in life. I can't lie I like to make some turn up songs every once in awhile as well, It's a lot of fun to do at the studio. My newest iTunes single, "Hi-C" is a good example of me having fun.
What is one issue in the world that you would like to see change in your lifetime?
Peace. Violence. Racism. I'm sick of the news always having an absurd amounts of negative things happening. I understand it's impossible to have a perfect world, but our planet is in a pretty bad place. I just want everyone to show each other love and try to keep their negative thoughts to themselves. So I guess my answer would be "Less hate".
What current projects are buzzing and what future projects do we have to
look forward to from you?
Honestly, the only full project I have complete thus far is a mixtape I did with Jake Lilly in 2016 titled "7". As for now I have a few singles out doing fairly well, and my Facebook videos always pull tens of thousands, if not hundreds of thousands of views. I actually just hit a million views on a video for the first time. It's pretty crazy. As for upcoming prejects, I have my free mixtape "1996" and my first iTunes album "Reflections" that will be dropping towards the end of the year. I deleted all the music I had created prior to 2018 to start fresh this year. I've gone light years beyond what I used to make, so there was no place for my older music on any of my projects. "1996" will be a 90's style/inspired tape with a Jazzy Boom-Bap vibe as that seems to be my niche. "Reflections" will be my life story through music, and how I learn from the past and apply it to myself now.
Where can we find you on social media?
Twitter: @Nickotine716
Instagram: @Nickotine716
Snapchat: NickFG716
Facebook: https://www.facebook.com/Nickotine7I6
Soundcloud: Nickotine
Is there anything else you would like the world to know about you?
I'll leave that for the album. I'm just a 22 year old Hip-Hop head who loves 90's rap and the occasional banger. I want everyone to spread positive vibes and to prosper in whatever they want to in life. Big shout out to the entire 71X movement that I've created. And special thanks to WolfPak Clothing and Inspiration Clothing for the sponsorships/endorsements that have helped along the way. I've got a lot of tricks up my sleeves and a couple of super wild features coming soon that I think everyone will love. Thanks for the support!
If you would like us to feature you on our website, order an artist spotlight here!